We stock all major brands of N & Z scale trains (also known as microtrains) as well as many smaller, hard-to-find brands and parts and pieces. Our customers are surprised and pleased to learn we have a very large inventory of microtrains (over 4000!), new and old -- back to the days of Kadee -- even some in kit form! 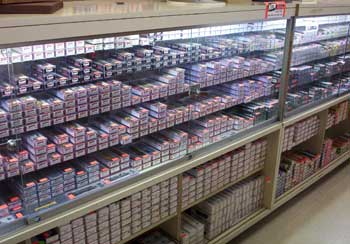 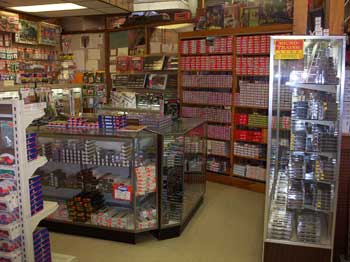 N scale is a popular model railway scale. Depending upon the manufacturer (or country), the scale ranges from 1:148 to 1:160. In all cases, the gauge (the distance between the rails) is 9 mm or 0.354 in. The term N gauge refers to the track dimensions, but in the UK in particular N gauge refers to a 1:148 scale with 1:160 (9 mm or 0.354 in) track gauge modelling. The terms N scale and N gauge are often inaccurately used interchangeably, as scale is defined as ratio or proportion of the model, and gauge only as a distance between rails. The scale 1:148 defines the rail to rail gauge equal to 9 mm or 0.354 in exactly (at the cost of scale exactness), so when calculating the rail and/or track use 1:148 and for engines and car wheel base use 1:160.

All rails are spaced 9 mm apart but the height can differ. Rail height (in thousandths of an inch) is expressed as a "code": thus, Code 55 rails are 0.055 ins high while Code 80 rails have a height of 0.080 ins. Real railroad rails are at least 6 ins tall and can be taller on some roads, so at true scale the rails would be about 0.040 ins high. Many older N scale models may not run well on Code 55 track as their flanges are often unrealistically large, causing the wheels to bounce along the ties instead of ride along the railhead. Wheelsets with these large flanges are colloquially known as 'pizza cutters' due to a resemblance to the kitchen utensil.

An advantage of N scale is that it allows hobbyists to build layouts that take up less space than HO scale, or put longer track runs into the same amount of space, because the models are smaller (by nearly a half) than they are in HO scale (1:87). While N scale is quite small, it is not the smallest commercially available scale, as Z scale is smaller yet at 1:220 and T scale is 1:450 or 1:480. N scale is considered generally compatible with 1:144 scale for miniature wargaming.
(Defintion by Wikipedia)

Z scale (1:220) was introduced by the Märklin company in 1972, and is one of the smallest commercially available model railway scales with a track gauge of 6.5 mm/​0.256 in. Z scale trains operate on 0-10 volts direct current (DC) and offer the same operating characteristics as all other two-rail, direct-current, analog model railways. Z scale locomotives can be retro-fitted with microprocessor based digital decoders for digitally controlled model railways. Model trains, track, structures, and human/animal figures are readily available in European, North American, and Japanese styles from a variety of manufacturers.
(Defintion by Wikipedia)